You Are Here: Junior professorship tenured after seven years

Prof. Dr.-Ing. Jakob Andert has been appointed to university professor for mechatronics in mobile drives at RWTH Aachen University. 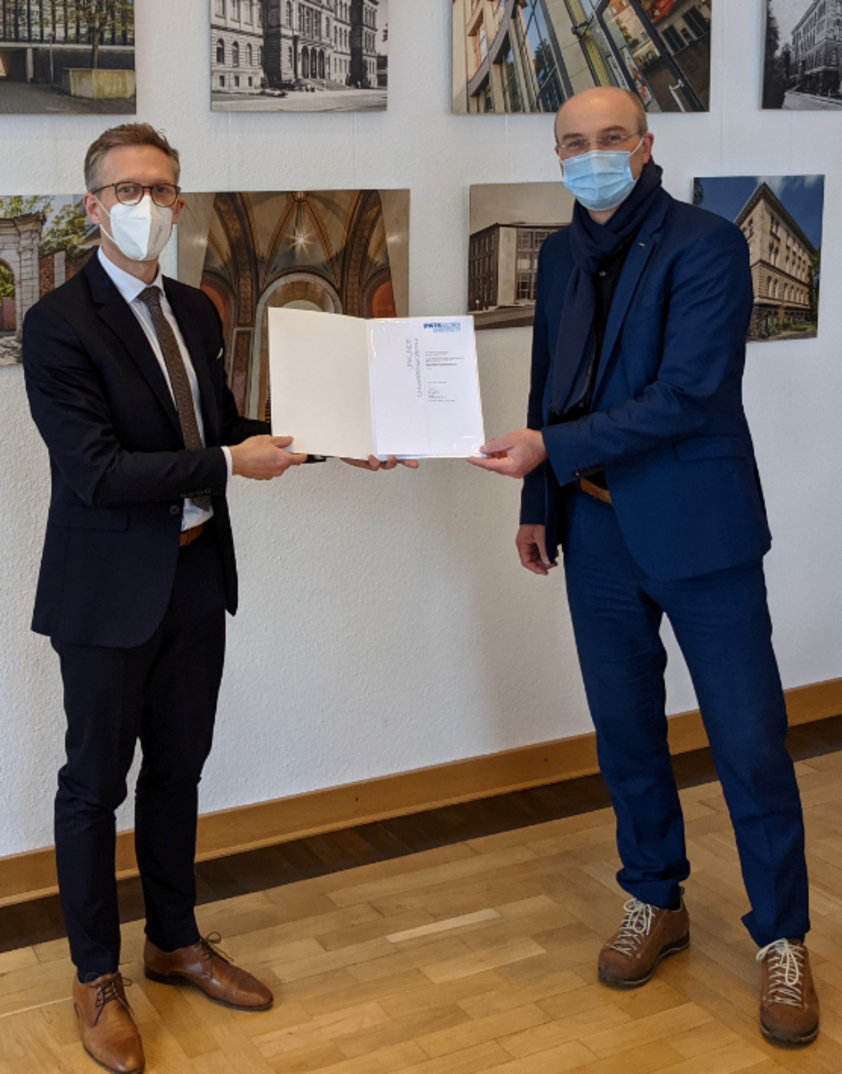 Jakob Andert has been appointed to university professor at RWTH Aachen University as of April 1, 2021. The appointment represents a continuation of the junior professorship for "Mechatronic Systems on the Combustion Engine", which was newly established in 2014. Over the past seven years, the junior professorship has conducted research on sustainable, environmentally friendly vehicle powertrains with a particular focus on electrification and simulation-based development methods. Under the leadership of Jakob Andert, the professorship developed into a successful scientific team of 29 permanent and over 20 student employees.

The automotive sector is currently undergoing a period of great upheaval, which is subjecting drive technology in particular to fundamental change. The ever-increasing complexity of both the hardware and the associated control algorithms is leading to the development of modern drives into software-intensive, embedded mechatronic systems. The junior professorship has been extremely successful in acquiring third-party funding projects, which are supported by the EU, federal ministries and the German Research Foundation (DFG). This underlines the relevance of research on highly efficient electric motors, novel hybrid drive concepts and predictive control algorithms using vehicle networking and onboard sensor technology.

As spokesman of the research group FOR2401, Prof. Andert transferred the research project, which was carried out in cooperation with ETH Zurich, the University of Duisburg-Essen, and the University of Freiburg, into the second funding phase. Furthermore, a cooperation in the context of teaching as well as a DFG project with Prof. Liguang Li from Tongji University in Shanghai has existed for years. In the context of the successful Excellence Initiative of RWTH Aachen University, the research topics and laboratories of the junior professorship played a central role and were presented as a flagship of innovative research in Aachen.

In addition to automotive drives, the team is increasingly focusing on alternative mobility concepts, which also includes novel electrified drives for boats, two-wheelers and also micromobility. "We are probably living in the most exciting time for all people fascinated by mobile drives. The upheaval happening right now has incredible momentum and I'm excited every day to do my part to make people's mobility more efficient and cleaner." Andert said.