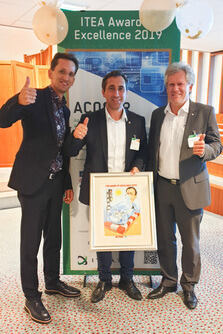 During the ITEA Project Outline Preparation Days in Amsterdam, the Netherlands, ACOSAR received an Award of Excellence for its outstanding project results. The award’s main criteria are degree of innovation, business impact and standardisation. On top of this distinction, ACOSAR was presented with an additional Eureka Award by Odilia Knap, Chairwoman of the Eureka Network and Tjerk Opmeer, Head International programmes at Netherlands Enterprise Agency, during the subsequent Eureka Stakeholder Conference on 5 September 2019.

Today’s vehicles offer a level of comfort never seen before. High numbers of driver assistance systems, like automated lane keeping or cruise control, are available. Alternative propulsion systems include components like electric motors and battery packs for low-emission or even emission-free mobility. These kinds of systems are highly complex to develop – and computer simulation plays a major role here. These systems are manufactured by putting components from different suppliers together, and the same applies to their virtual representatives during development. This approach is called co-simulation and leads to an interoperability issue between simulation tools and their related infrastructure. The Functional Mock-Up Interface (FMI) represents an existing industry standard for interfacing simulation models for co-simulation and model exchange. As a subsequent step, developers may either want to run their co-simulations in a distributed manner, across different computers or networks, or replace simulation models with real physical components. The latter enables mixed real-virtual prototypes that can be used for extensive testing. Until now there has been no standardised solution for this.

The ITEA ACOSAR project was proposed to fill this gap. ACOSAR stands for " A dvanced C o-Simulation O pen S ystem AR chitecture". It ran from 2015 to 2018. The project’s consortium, led by Dr. Martin Benedikt of VIRTUAL VEHICLE, aimed to develop and prepare standardisation of the ‘Distributed Co-Simulation Protocol’ (DCP). With a strong focus on the automotive domain, the consortium’s members operate on all levels of the automotive supply chain and include original equipment manufacturers, suppliers, software tool and real-time system vendors, as well as research and academic partners. In the project’s final year, the consortium presented a first version of the DCP specification document, along with supplementary materials like a reference implementation. Evaluation by means of demonstrators indicated vast potential savings; sports car manufacturer Porsche estimated that within a period of five years, introduction of the DCP could save them between 5 to 7 million euros.

Philippe Letellier, ITEA Vice-Chairman: “ ACOSAR has developed an important innovation with the Distributed Co-simulation Protocol (DCP) which extends the famous FMI ITEA standard to run co-simulations in a distributed manner, across different computers or networks, or even with real physical components (hardware in the loop). Furthermore, in a very short time schedule they have been able to create an agreement around their consortium to push it as a Modelica standard. This absolutely deserves an ITEA Award of Excellence .”

Martin Benedikt states: “In view of the related hurdles the ACOSAR project consortium had to take during the project’s lifetime, I’m very proud to see the main project outcomes successfully implemented in the form of an industrial-accepted open Modelica Association Standard. The ITEA framework, with its well implemented project initiation and execution processes, substantially helped ACOSAR to deliver on its promise. Since the start of the project our company became involved in several related activities, like MAP DCP leadership, multi-beneficial collaborations and project acquisitions.” 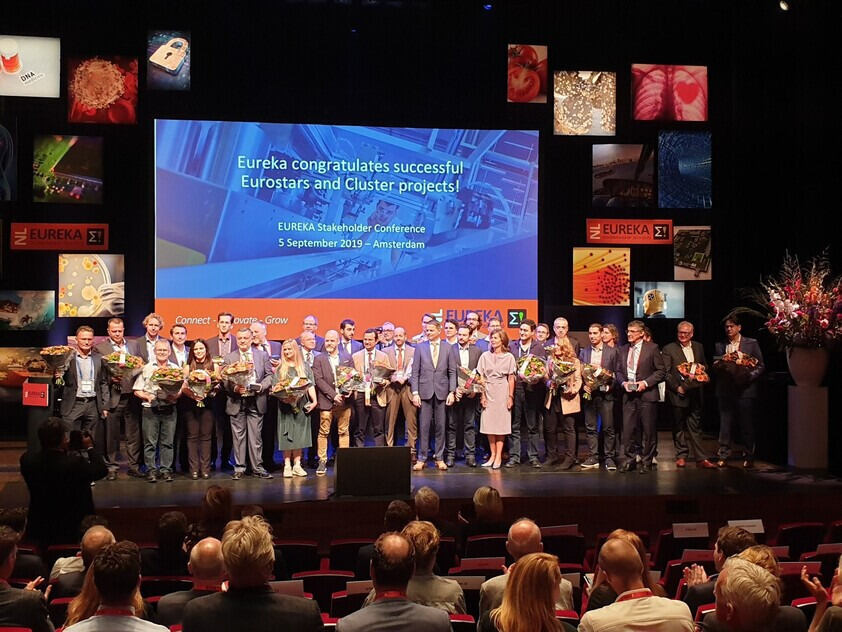